This island nation honors its heroes and marks its sacrifices with national holidays.

At Noon Dalton, we are happy to employ strong and patient remote teams in the Philippines. From them, we also get first-hand lessons about the international holidays they celebrate there. Each country in which we operate has its own unique ways of marking its past and national character. This week, we’ll take a closer look at a few of the major national holidays celebrated in the Philippines.

This island nation in Asia is a vibrant and exhilarating corner of the world — and a lot of celebration happens here. So much, in fact, that it can be hard to narrow down the most important local events. Besides the familiar traditions, like New Year’s Day, Good Friday, and a lavish Christmas Day, here are a few of the most important national holidays in the Philippines: 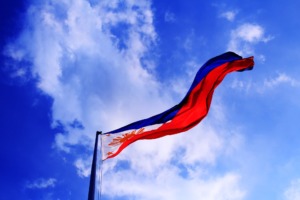 Araw ng Kagitingan (Bataan Day and Corregidor Day) translates to “Day of Valor” and is an occasion to commemorate the fall of Bataan to the Japanese during the Second World War. The Battle of Bataan was fought from January 7th through April 9th, 1942 — and today, this event is remembered annually on April 9th, a date which marks the end of the battle and the beginning of the infamous, 87-mile “Bataan Death March” suffered by about 76,000 Filipino and American prisoners of war.

The last Monday in August of each year celebrates National Heroes Day in the Philippines. It commemorates both known and unknown heroes, honoring “men and women in Philippine history whose acts of courage enabled the Philippines to grow as a nation.” It marks the anniversary of the Cry of Pugad Lawin, an event that helped lead to the Philippine Revolution against Spanish rule in 1896. The day includes parades, memorial services, and a day off of work.

Bonifacio Day is a day to honor one of the nation’s greatest public figures, Andres Bonifacio. Celebrated on his birthday, November 30th, Bonifacio was a leader of the Philippine Revolution who fought Spanish colonial rule. Because of his efforts (and those who fought with him), the Philippines still has the honor of claiming its identity today. And, some historians consider him the country’s unofficial first President.

Similarly, Rizal Day is also set to commemorate a national hero, Jose Rizal. This holiday is most often celebrated in Manila’s Rizal Park, at the location of his execution on charges of rebellion by the Spanish colonial government in 1896. It’s a day for citizens to mourn the loss of his great leadership. You’ll often find the flag at half-mast during this day. 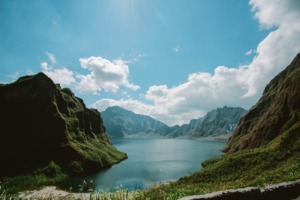 Noon Dalton is proud to provide skilled remote teams from the Philippines to businesses and entrepreneurs in North America, Europe, and Australia. By outsourcing to our dedicated professionals, organizations are able to lower overhead costs, increase productivity, and save time to focus on the work that contributes to their growth and profitability.

Want our remote teams in the Philippines to efficiently accomplish tasks so your team can get the upper hand? Contact us today.

Sign up for our newsletter to get monthly updates, invites, and stay in touch with Noon Dalton.

Top 8 Things to Look For in a Business Outsourcing Partner

Are You Ready for Outsourcing?
Scroll to top

This website uses cookies to improve your experience while you navigate through the website. Out of these, the cookies that are categorized as necessary are stored on your browser as they are essential for the working of basic functionalities of the website. We also use third-party cookies that help us analyze and understand how you use this website. These cookies will be stored in your browser only with your consent. You also have the option to opt-out of these cookies. But opting out of some of these cookies may affect your browsing experience.
Necessary Always Enabled
Necessary cookies are absolutely essential for the website to function properly. This category only includes cookies that ensures basic functionalities and security features of the website. These cookies do not store any personal information.
Non-necessary
Any cookies that may not be particularly necessary for the website to function and is used specifically to collect user personal data via analytics, ads, other embedded contents are termed as non-necessary cookies. It is mandatory to procure user consent prior to running these cookies on your website.
SAVE & ACCEPT
Well-Known Car Parts Distributor Requests Drop Shipping and Back-Office Support